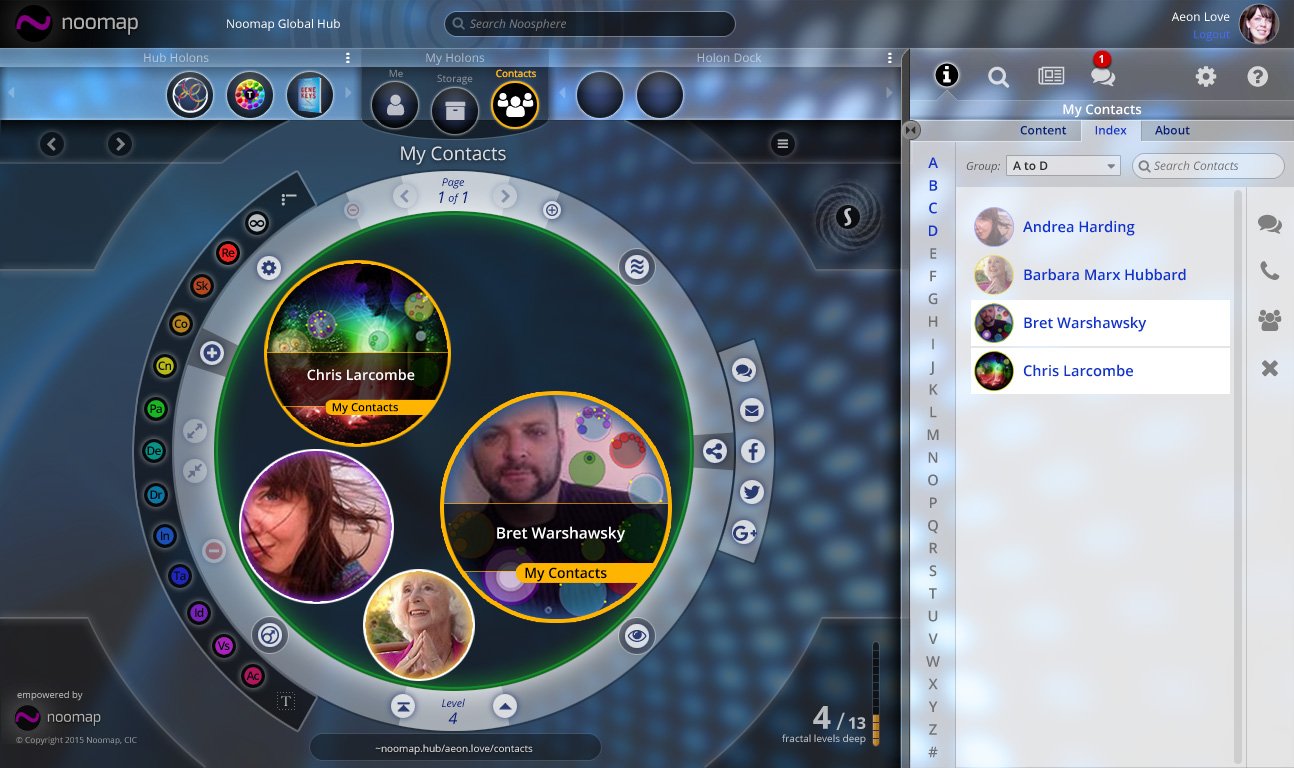 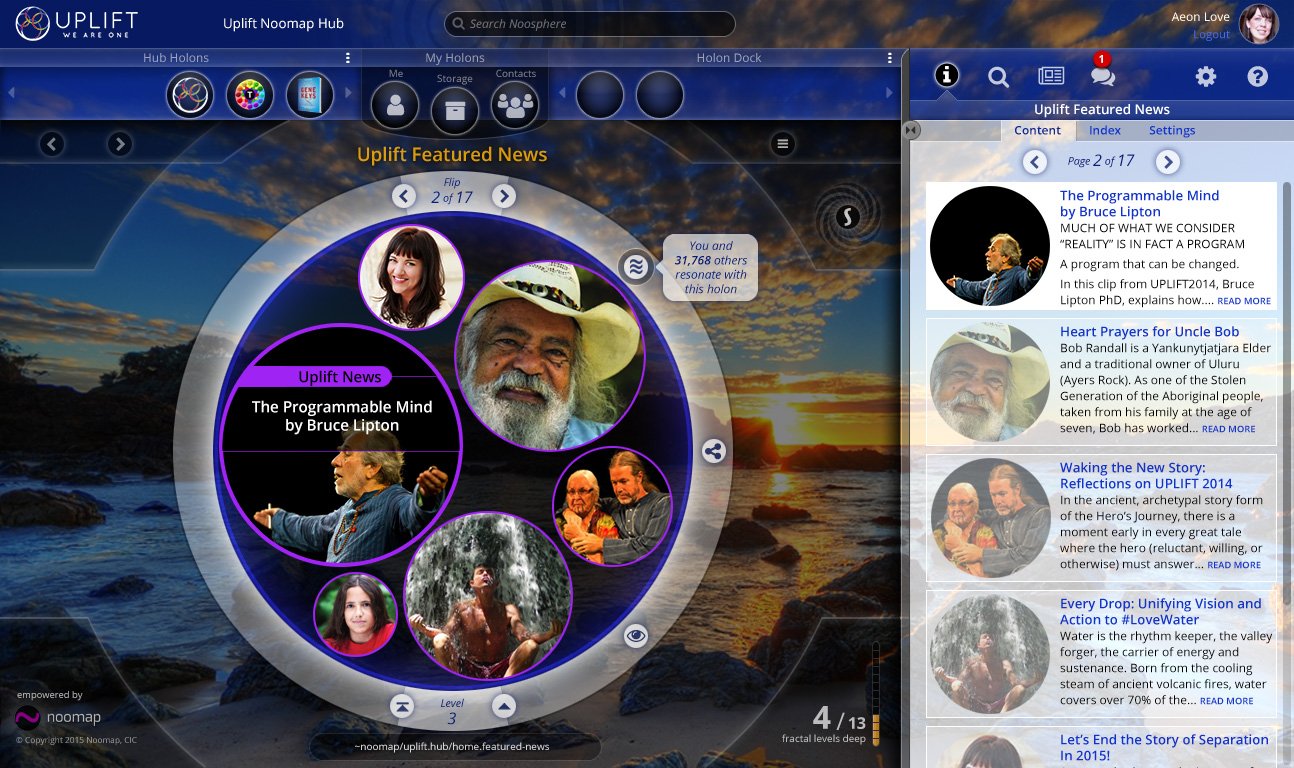 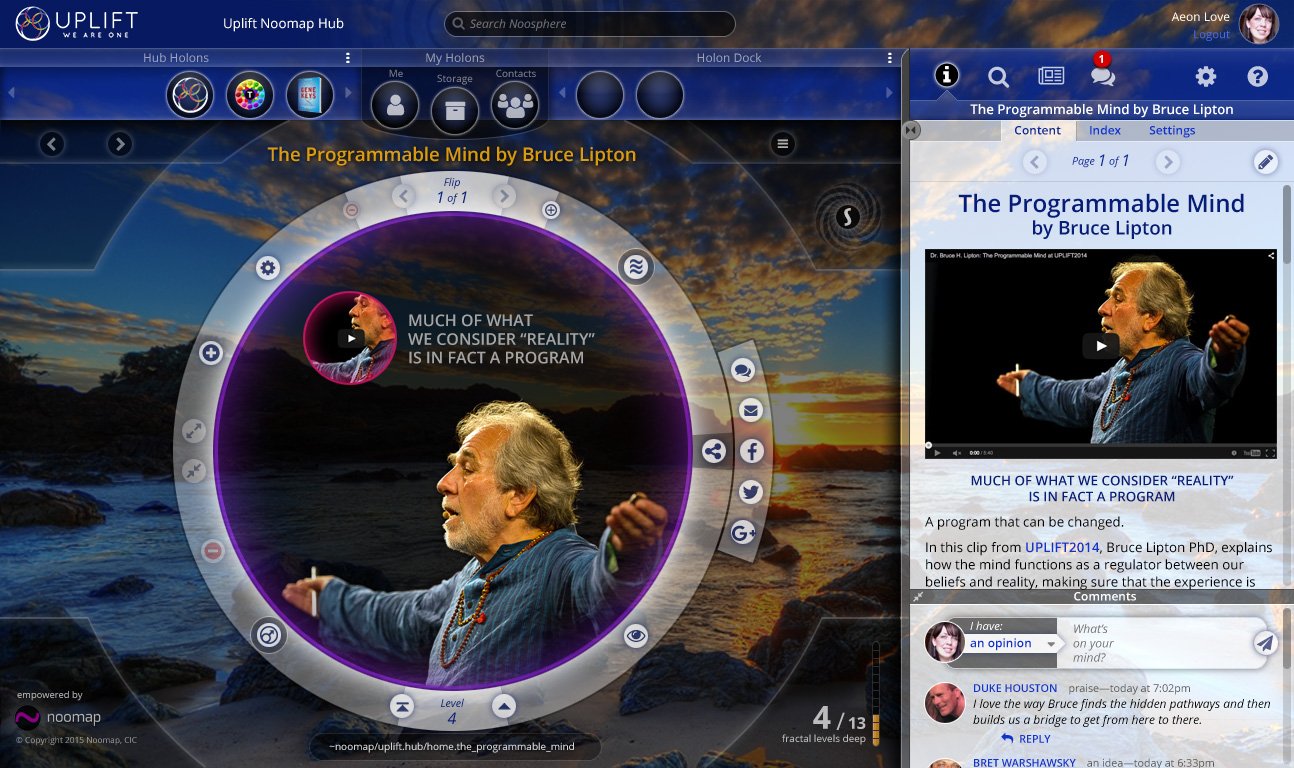 In 2015, a mutual friend introduced me to a trio of radical entrepreneurs who were building a prototype for a new kind of social platform they call Noomap.  They envisioned it as a ‘synergy hub’ connecting people and their passions and ideas with others whose skill sets and interests dovetailed with their own.

Noomap uses a fractally nested data structure that technical creator, Chris Larcombe, calls ‘holons’.  A complete discussion of which is too lengthy for here.

Chris built a rough prototype that needed UI refinement.  HG worked with them to produce these mock-ups, which were used to guide development of their first release for Australian partner Uplift, who licensed a Noomap hub.